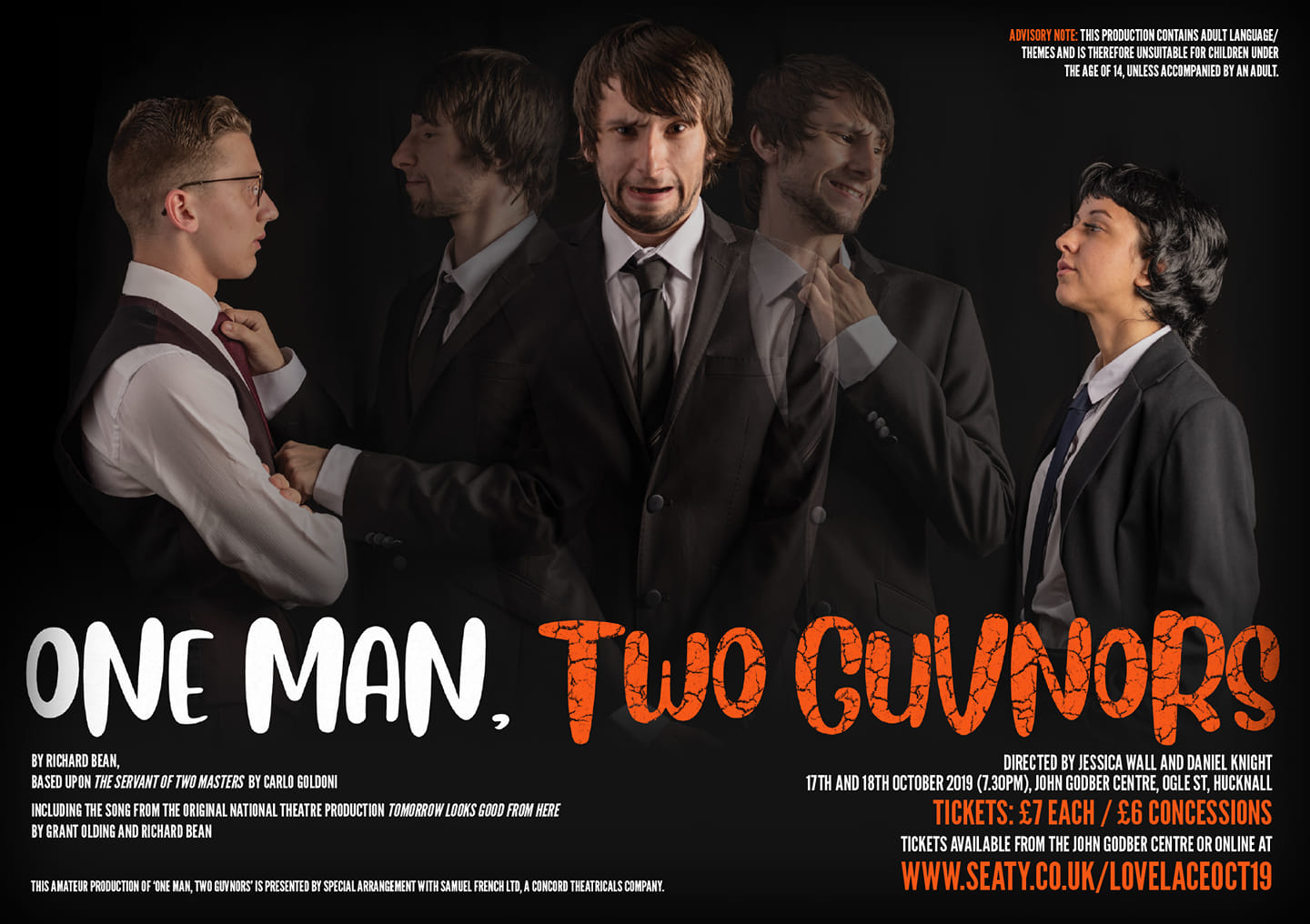 Lovelace Theatre Group will be holding their annual October production here at the John Godber Centre Hucknall, Nottingham on the 17th and 18th October with their production of One Man, Two Guvnors by Richard Bean, presented by special arrangement with SAMUEL FRENCH LTD, a Concord Theatricals Company.

Newly unemployed Francis Henshall becomes minder to small time gangster Roscoe Crabbe. But Roscoe is really his sister Rachel, who is posing as her own dead brother after he was killed by her boyfriend Stanley Stubbers.

Francis spots the chance of an extra meal ticket and takes a second job with one Stanley Stubbers, who is hiding from the police and waiting to be reunited with Rachel. To prevent discovery, Francis must keep his two guvnors apart. Simple.

We’re proud to be the home of Lovelace Theatre Group and look forward to their next production on our stage. Tickets are on sale now at https://seaty.co.uk/lovelaceoct19 or cash purchase from the Centre reception desk.

If you'd like us to promote your event on our calendar, please send us details and your event poster.