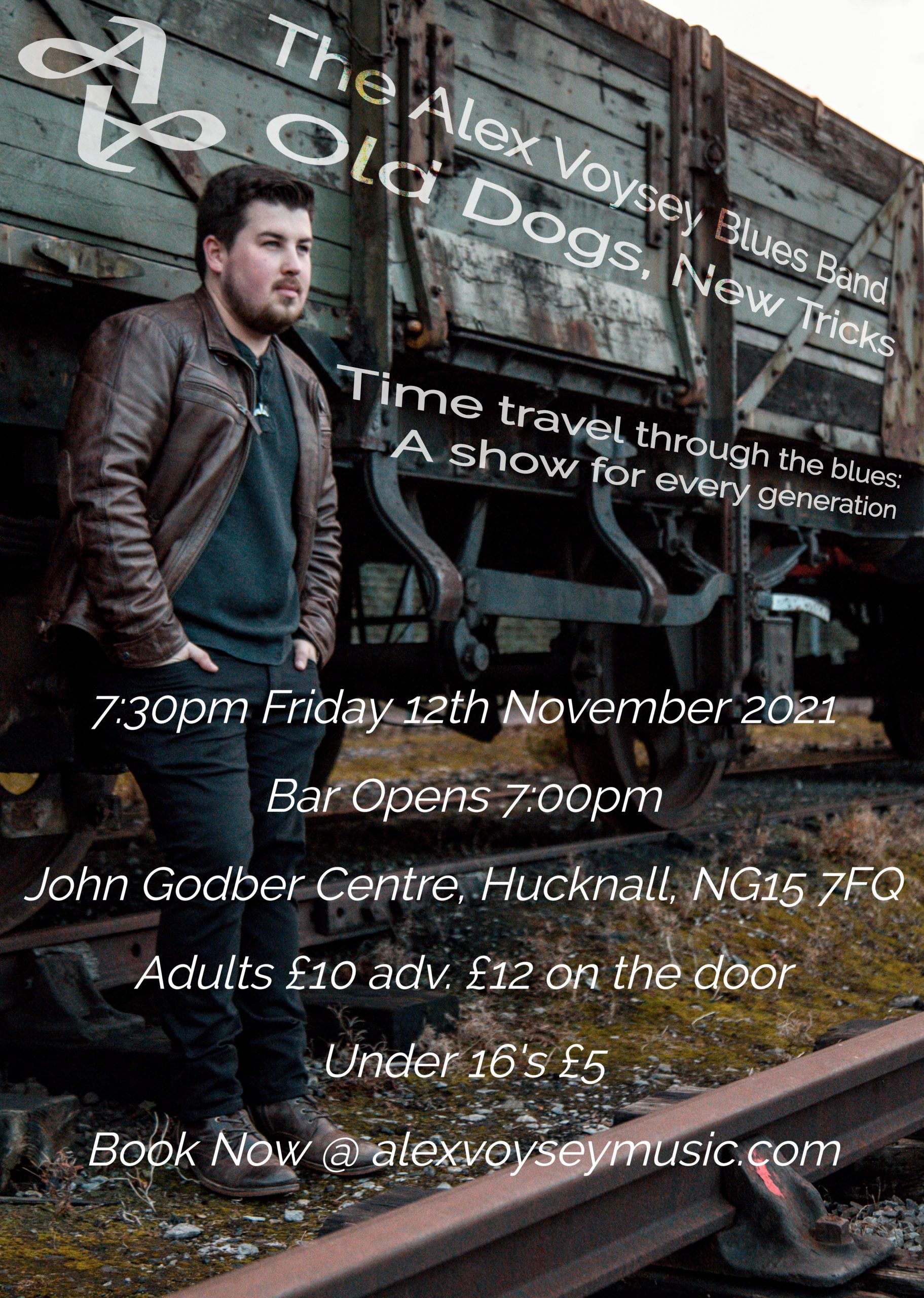 Old Dogs, New Tricks Live Show
Travel back in time through 100 years of the blues to explore some of the genre’s founding fathers, from B.B. King and Stevie Ray Vaughan through to current artists such as Joe Bonamassa and Joanne Shaw-Taylor

‘Old Dogs, New Tricks’…..is the new show for 2021 from the Alex Voysey Blues Band, time travelling through the blues from founding fathers such as BB King and Stevie Ray Vaughan through to current icons such as Joe Bonamassa, Joanne Shaw-Taylor and tracks from Alex’s own debut blues album released last year, ‘Head In A Blur’ – all with a high energy and virtuosic twist.
The Alex Voysey Blues Band are all highly successful musicians in their own right, coming together over their love of the blues in this show that will appeal to all generations!

If you'd like us to promote your event on our calendar, please send us details and your event poster.